Get this space for $50/Month 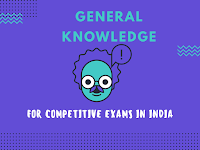 General Knowledge (GK) makes Integral Part of many competitive examinations in India. The GK Test examine your awareness and abilities from in and around your surroundings. In this portion questions are asked from day to day life experiences. Generally, whether its and admission test or recruitment exam questions are asked from the areas those we discuss often among friends, family, or listen over radio, television and social media etc.

Magadha Empire ruled over districts of Patna, Gaya, some parts of Shahabad and grew further to turn into a state. The Magadha Empire had gone hand to hand and attained remarkable success. Various dynasties came into existence. A brief discussion follows here.

Haryanka Dynasty: This dynasty was founded in 566 BC by the grand father of Bimbsara. According to Buddha literature Bimbasara conquered Anga state to set trade route with southern states. The Anga is now in East Bihar Region.

There are 16 Mahajanpadas according to Buddhist Text found in Anguttara Nikaya & Mahavastu and Jain Literature Bhagavati Sutta.


Here Listed the 16 Mahajanpadas, their Capitals and Locations

The main sources of information regarding Later Vedic Period 1000BC – 600BC found in the Vedic texts written after the Rig Veda. These literatures were the Sam Veda Samhita, the Yajur Veda Samhita, Atharva Veda Samhita, Brahmanas and Upanishads. All these literature later Vedic texts were compiled in the upper Gangetic basin in 1000-600 BC. These literatures suggest that the Aryans during the later Vedic period shifted from the North-West to the region of the Ganges and Yamuna. The whole of North India to Central India up to the river Narmada along with some regions south of the river comprised of Aryan persuade. Archaeological excavations of Hastinapur suggests towards existence of Aryan in this region between 1000 and 700 BC. The only available remains found are shreds of painted grey pottery, a few copper implements and traces of houses made of unbaked bricks.

Political Life
The rig Veda has discussion about early Vedic Period. In this period the Kingdom was tribal in nature. Each tribe made its separate kingdom. The family setting was called Kula. Number of kula together made a village or Grama. The head of a Grama was Gramani. A group of villages constituted a large unit called clan (vis) Several clans formed the tribe (Jana) Theft leader was Rajan, the Vedic king. He protected his people from enemies He was assisted by the purohita or priest, the senani of commandant, the Sabha and the Samithi in administration.

•    It is believed that Aryans were migrated from Central Asia to India in many batches of people’s group sometimes from 2000 BC to 1500 BC.

•    The location of real home land of Aryan is still controversial.

Indus Valley Civilization at a Glance